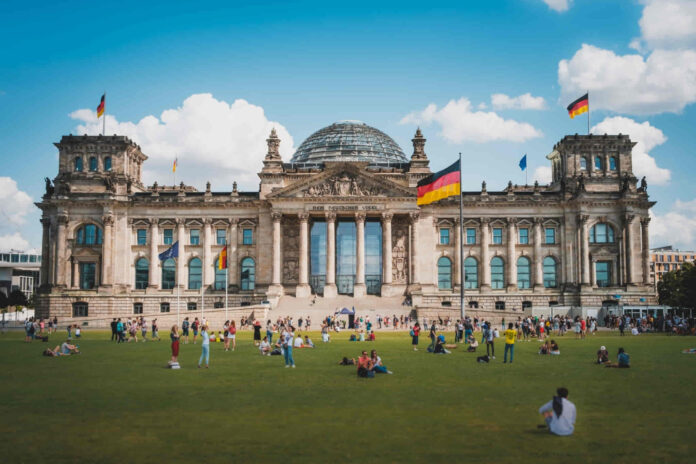 Are you considering a drastic change in scenery? Perhaps a move away from your familiar surroundings, and to a country you’ve never been to before? There is no ideal choice when selecting nations to live in, but Germany is a possibility that many would leap at the chance of coming by.

As with all states, when considering the many variables you need to be aware of, Germany has its pros and cons as a place to live. It is a land of many elements, and uncertainty for someone that is unfamiliar with its customs and services. You need to gain an awareness of both the good and the bad about setting yourself up for success, as this excellent guide on how to move to Berlin describes.

The thought of all that you might be unaware of can be overwhelming. Traditions, languages, rules, lifestyles, and people may seem daunting, and it is a big step to take in your life – but it can also be rewarding, and proceed smoothly given you learn what you need to know before you dive into the unknown. From basic information to the little things that aren’t often thought of, here are five things you should know before relocating to Deutschland.

1. Public Transportation Is Efficient, And A Reliable Alternative To Other Means Of Getting Around.

Just as many nations in Western Europe have exceptional public transportation systems, so too does Germany offer the same. Regions within the major cities are covered in a practical and effective manner, linking cities to small towns across the countryside. The transportation itself is comfortable, and the speeds at which you travel are relatively quick, compared to other options.

Even though many people frequently think of car enthusiasm when Germany is spoken about, it may be surprising to learn that many German citizens living within large cities in the country find themselves choosing to take advantage of public transportation throughout their daily routines, rather than their own vehicles. From sprawling metropolis to the most minor and remote of towns, at least one of the five major options is present everywhere you choose to go.

Cities typically have each of the five options available, and rates of travel are cheap and affordable compared to other major European cities like London and Paris. Monthly bus tickets, for example, range from €66 in Munich to €91 in Cologne. Consistency and accessibility is key, and German transportation knows how to get both of those things right.

2. Education In Germany Is Very High Quality, And Completely Free.

Every single person who lives in the country has access to its universities – without exception. The nation is divided into 16 different states, and all of them abolished general tuition fees by 2014, without it ever having been re-established since.

German universities are, additionally, among the finest in the world. 23 of them rank in the top 200, according to a ranking done by the Times Higher Education, and the systems in place are well-organized and designed for accessibility. This allows you to easily continue studying up to any level that you choose to pursue, and rest easy with access to education of high renown.

The standard is high, and the education can be rigorous – but this has been proven to result in some of the most accomplished students that the world has to offer, with Germany coming in 16th place in science and mathematics, as well as 11th in reading. Whether you wish to return to school, or have children that must be taught themselves, education throughout the country will meet and fulfill your needs entirely.

3. Germany Has Wonderful Outdoor Adventures To Partake In.

Just as it offers high quality city experiences, the country does not fall short in the department of outdoor ventures, either. If hiking, an activity that can be quite beneficial to the mind and body, is something you do frequently or want to get into, Germany can provide that opportunity for anyone quite easily. In fact, hiking has been cited as the most popular outdoor pastime in the nation, with over 50% of citizens partaking in it, and a national Day of Hiking to encourage them.

The network of trails to follow is expansive as well, covering a significant area of 125,000 miles; while specific goals range from a few hours walking through forests, or hiking up to century-old vineyard terraces. If that doesn’t satisfy you inner outdoor enthusiast, there are a plethora of other activities to enjoy, including spending your time in a Sky Tent – an extreme form of camping available at the adventure resort of Waldseilgarten Höllschlucht in Pfronten.

Whether skiing at the Bavarian Alps, hitting the beaches at the nation’s northwestern coast, displaying your athleticism by climbing up trees via ropes and cables in order to sleep in suspended tents, or any of the other activities available throughout Germany, you’ll need to take precautions. Be sure to do whatever you can to stay safe on the countryside, and your outdoor adventures will be unforgettable.

Working circumstances are a general improvement over in Deutschland in comparison to many other developed nations in the world. Juxtaposed against the United States, the Organization for Economic Co-operation and Development found that Germans work, on average, 400 hours less than American workers – at 1,363 hours per year, or 26 hours per week. Offsetting this is an intense focus while at work, in contrast to some more lax attitudes elsewhere.

As the working day in Germany is centered on delivering efficient results and high productivity, off time truly becomes time away from the job. Distance between private and working life is highly valued, resulting in a cultural expectation of balance for both, though it may not always be adhered to. Minimum wage is also higher throughout the country than it is in America, currently standing as €9.19 – or $10.30 – per hour, to the USA’s $7.25.

Germany also has a minimum of 20 paid vacation days mandated by law, while the average across the nation balances out at 30 days – which is the most that any nation in Europe currently provides. Depending on the state you move into, there will also be between 10 to 13 public holidays throughout the year, so this may be part of your considerations. Ultimately, the OECD Rating for Germany’s Work-Life Balance category stands at 8.4 out of 10, which is one of the highest ratings of all, perhaps in part due to these extensive vacation days.

5. Germany Is Full Of Culinary Delight For You To Explore.

Out of all of the ways to explore a country’s culture, cuisine is perhaps one of the finest ways to do so. Germany in particular is rich in the diversity and depth of its food and drink through every individual region within the nation. As each German County was once either its own standalone state or belonged to a different region, local culture and tradition is deeply ingrained – in more ways than one.

Though they are all distinct and varied, there is a consistency that ties their culinary arts together into one recognizable unit. For example, many German dishes are more on the simple side, but are simultaneously rather heavy and filling for anyone. Meat, garden vegetables, bread, and beer are used often, and baking culture is universally looked at with pride in Germany.

Whether your palette itself matches the diverse nature of German dishes, there will be something for you to enjoy within what the country has to offer. From the familiar to the relatively exotic, Germany offers a special experience in this respect. Flammkuchen, Käsespätzle, and Maultaschen are just a few particulars from the wide range of the selection that is possible.

With one of the greatest economies in Europe, an affable atmosphere, generally tidy cities, and security in life, Germany is a fantastic place to live. There is much to be factored into the decision to move to the nation, and they must be taken care of as soon as possible, but once they have been resolved, there are many advantages to making it your new home.

Where Is The Power Converter In My RV? And The Next...

Comprehensive Guide on How To Build Rv Cabinets Like an Expert!